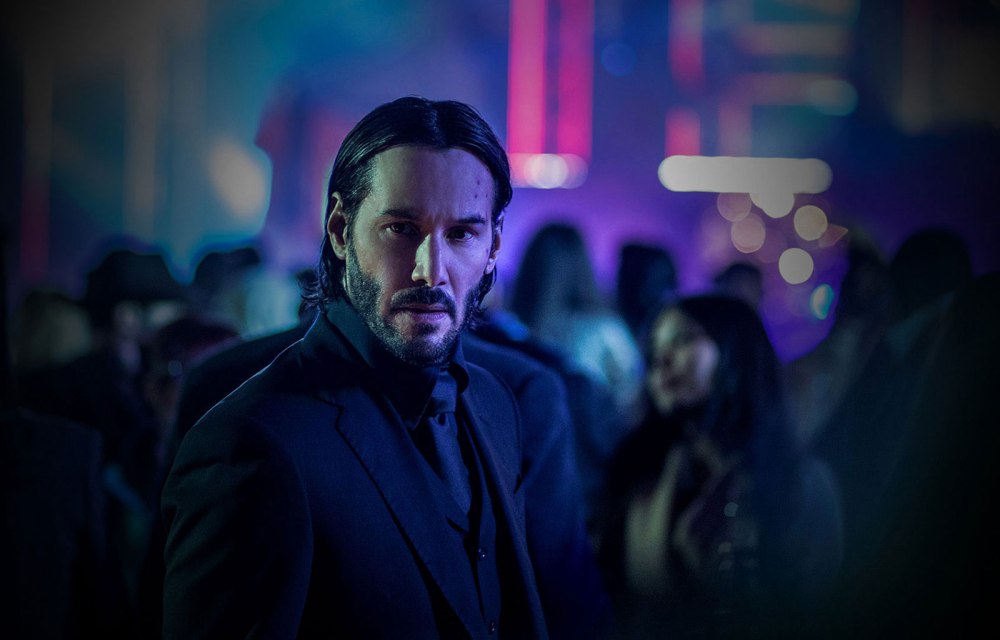 I can’t say I have seen a lot of films this year, at least ones that have kept my interest, however I have seen very few duds. I have decided only to do a top five since I haven’t seen enough to give you a top ten, however I could’ve easily added room for “Logan”, “Kong: Skull Island”, and “It Comes at Night” on this list, but this is definitely the best films I’ve seen so far this year.

1. John Wick: Chapter Two: Starting with an action packed and hilarious prologue (Thanks to “Fargo’s” Peter Storemare who skims through the first film’s plot in case you missed it), John Wick: Chapter Two adds to the world of assassins and intrigue as it did the first time and never fucking lets up. This is a film so lean, so clear on what it is, and so action packed and visually inventive, I literally don’t remember loving an action movie this much in a long time. Keanu Reeves has found a character that goes towards his strengths, John Wick is low-key, stone faced, and zen all at once. He adds humour even if he doesn’t know it. This time John Wick is called upon a job after taking a blood oath, even though all he wants is peace. He must now kill a whole heck of a lot of people to find that peace, but is that enough? For those of us who find these films utterly, and unapologetically kinetic fun for any action fan, I am excited to see this one of a kind dog lover on his next adventure.

2. Get Out: Unique horror/satire from the mind of Jordan Peele, is a clever, twisty, thriller playing on the ideas of race relations between white privilege and black identity. This movie has fun with subverting what our expectations are, and doesn’t forget to call on the horror movie tropes (It’s all there in the title for crying out loud). The film does a great job at setting up its world and building enough mystery and suspense to keep us intrigued. Peele adds a bit of surrealism into the mix which adds to the paranoia and strangeness going around.

3. The Big Sick: I’ve noticed lately that there have been a lot of indie comedies featuring stand-up comedians playing a version of themselves whilst incorporating the world of stand-up comedy to the plot. For some reason I get turned off by this idea so I’ve missed a lot of these films (I think “Funny People” soured me to the whole idea). However despite this, I found “The Big Sick” to be utterly charming, funny, and sweet. “The Big Sick”gives us Kumail Nanijiani (Who co-wrote the film with his wife) a comedian from Pakistan who falls in love with a white girl which is forbidden in his family, only to have that girl fall into a coma and he realizes how much he loves her. This is based on Nanigiani’s real life experience when he met his wife. The movie has that warm humor and heart that keeps you invested and makes you want the two leads to end up together. Ray Romano and Holly Hunter add great support, this is proof that the romantic comedy is not dead.

4. Wonder Woman: A refreshing take on the super hero genre in that the Amazon Princess doesn’t share the flaws and human traits of the usual brand of Marvel super heroes. What makes Wonder Woman so amazing to see is she is literally a super human knowing what is right and what is wrong, and knowing she has the power to stop it. Wonder Woman carries no shades of grey and this is something that hasn’t been seen since Christopher Reeve embodied so much goodness in “Superman”.  A definite crown-pleaser for the summer, “Wonder Woman” is an empowering, good time at the movies that might make you believe that good can conquer all.

5. The Beguiled: Sophia Coppola’s remake of the Don Seigel/Clint Eastwood film of the same name is a soft poetic chamber piece. Going back to the themes she first explored in her debut film “Virgin Suicides”, this deals with female repression towards sexual awakenings but told as a thriller, when an injured Yankee officer is taken to an all girl school to recuperate. His presence seems to have a different effect on all the girls there until he might be seen as a threat. Coppola (Who won best director at Cannes) has a light touch on the tension being built here, slowlywith little to no music and using the claustrophobic setting to her advantage. This is a very effective art house thriller with great performances particularly by Nicole Kidman as the head mistress, and Kirsten Dunst as the head school teacher.

3 thoughts on “Best of the Year So Far…”

I'm a writer/performer/ comedian living in the city of Red Deer. I'm in love with movies, books, comedians, some television. Inspired mostly by the films of Ozu, Hitchcock, Lubitsch, Renoir, The Marx Brothers, Preston Sturges, Welles, W.C Fields, among others. Also the great words of Dickens, Salinger, Hemingway, and Twain. A life long fan of The Simpsons (at least the first 12 or so seasons) Cheers, MASH, And others of that variety. View all posts by pillowshots